Pekanbaru name formerly known as the "Senapelan" which at the time was headed by a Chief called Batin. Area initially as a field, gradually became the township. Then move to the township Senapelan new settlement then called Hamlet Umbrella Sekaki located on the banks of the Siak river estuary.


Umbrella Sekaki name is not so well known in his time but Senapelan. Senapelan development is closely linked to the development of the Kingdom of Siak Sri Indrapura. Since Sultan Abdul Jalil Shah Alamudin Senapelan settled in, he built his palace in Kampung Bukit Senapelan adjacent to the township. The estimated palace located around the Grand Mosque now. Sultan Abdul Jalil Shah Alamudin have the initiative to make a week in Senapelan but not thrive. Effort that has been initiated is then followed by his son Raja Muda Muhammad Ali in a new place that is around the harbor now.

Then on Tuesday, 21 Rajah 1204 H or M on June 23, 1784 based on consultation and progenitor-progenitor four tribes (Coastal, Fifty, Tanah Datar and Kampar), Senapelan country was renamed "Baharu Week" later celebrated as the birthday of the city of Pekanbaru . From that moment Senapelan designation was abandoned and became popular as the "WEEKEND Baharu", which in everyday language is called Pekanbaru.

Further development of the government in the city of Pekanbaru always changing, inter alia as follows:

Her Royal Decree Besluit van Inlanche Zelf Bestuur van Siak 1 dated October 19, 1919, Pekanbaru part of the Kingdom of Siak called District.
Pekanbaru 1931 entry Kampar Kiri district is headed by a Controleur based in Pekanbaru.
Dated March 8, 1942 Pekanbaru headed by a military governor called Gokung, headed by the District to Gun Gunco.
Provisions in Medan on Sumatra Governor May 17, 1946 103 Pekanbaru be called Haminte autonomous region or city b.
Act 22 of 1948 Pekanbaru district replaced with Kampar District, the city of Pekanbaru was given the status of a Small Town.
Law No. 8 of 1956 as enhance the status of the small town of Pekanbaru.
Act 1 of 1957 the status of a Municipal Pekanbaru.
No Kepmendagri. December 52/I/44-25 dated January 20, 1959 became the capital of Pekanbaru, Riau Province.
Act 18 of 1965 authorized the use of the title municipality.
Law No. 22 Year 1999 on Regional Government Municipal designation changed to City.

Shield to wear black gates embody the epitome of a city.
Five of the gate means Pancasila is the basis of the Republic of Indonesia.
Rice and cotton symbol of prosperity or people food and clothing.
Chain that circles the unity of the people interpret robustness.
Fly wheel symbolizes the dynamic development.
Rubber trees, oil tower crane means a trading city and port city many exporting forest products and agricultural products.
Amid the heart-shaped shield which contained a bamboo spear stem dark brown, silver-colored eyes perpendicular, embodies heroism (people power) to seize and maintain the independence of the country.
Transverse straight line which lies between red and white, that depict the equator.

Vision statement formulated by the organizers of the government officials of Pekanbaru to the year 2020 is "The realization of Pekanbaru City Center For Trading And Services, Education and Cultural Center Malays, Towards a Prosperous Society and Faith Based Taqwa".

Vision above implies the following:

Trades and Services Center, describes the state of the city of Pekanbaru to be desired in the next decade 20 years Pekanbaru City Government with the support of a dynamic society will always make every effort to be able to realize the city of Pekanbaru the center of trade and services in the area of â€‹â€‹Sumatra.
Education Center, the City of Pekanbaru future will always strive to empower communities to be able to participate actively improving the quality of human resources in the development of the whole man rnagka created. Empowerment of human resources be directed to the establishment of formal educational facilities and expertise in the field of non-formal and vocational followed by a concerted effort to prepare the facilities and infrastructure to pre-college education. With the move is expected in the next decade 20 years in the city of Pekanbaru will be available educational facilities are complete and excel.
Malay Cultural Center is a reflection of the civilization of the order of noble cultural values â€‹â€‹of the city of Pekanbaru is steady in maintaining, preserving, live, practice and develop the Malay culture. The will to make the city of Pekanbaru as Malay cultural centers, among others, will be directed to the physical appearance of buildings that reflect the identity of the personality of the area, the area of â€‹â€‹indigenous identities and further consolidation of Malay indigenous life unearthed from the noble values â€‹â€‹of Malay.
Welfare Society is one of the goals of community life in Pekanbaru during the decade 20 years. In this condition aspired community will be able to live a relatively safe environment, free from fear and self-sufficiency of the inner and outer balance and harmony both material and spiritual fulfillment are supported with quality nutrition, health, hygiene and environment.
Based on faith and piety is the spiritual foundation of morals, norms and ethics which people in certain circumstances possessed of mind, common sense and deterrent power against everything that is detrimental to reinforce attitudes and behaviors of individuals through religious guidance together are reflected in the life of a harmonious, balanced and harmony.

Pekanbaru city known for its slogan "my city, your city AND OUR CITY Sorcerer", has a motto: CLEAN, CONDUCT, BUSINESS TOGETHER, SAFE, and harmony with the meaning:

NET
Clean birth, life, household, market environment, education, entertainment / recreation, greenbelt and health centers.
CONDUCT
Orderly personal, family, work environment, worship, traffic to realize that people always uphold norms applicable rules and regulations.
Joint venture
Togetherness involvement of government, political organizations, social organizations, youth, teachers, scholars, artists, and the whole society in thinking and strive to achieve development for the welfare of the people.
SAFE
Sense of peace every individual, family, society and the environment of the city and the threat of disturbances in thinking and resistance to worship and strive to carry out the development.
Harmony
Dressage, seiya one word, kinship, of shared mutual respect.
Setukul like a hammer
Seciap like chicken
Sedencing like iron
The elderly are respected
The young are loved
Who valued intellectual
Adhered to the rule.

With the increasing development activities led to increased activity in all fields of population, which in turn has also increased the demands and needs of the community for the provision of urban facilities and utilities as well as the needs of Others. For more orderly governance and fostering the creation of large area, then dibentuklan New District with City Regulation No. Pekanbaru. 4 of 2003 into 12 Districts and District / Village with the new legislation in 2003 to 58 Village / Country.

Pekanbaru city is split by the Siak River which flows from west to east. Has several tributaries include: sling River Sari, Black Water, Siban, Setukul, Pengambang, Ukui, Sago, Senapelan, Limes, Handsome and Sail River.
Siak river is also a nexus of traffic lane rural people to the city´s economy as well as from other regions.

The rainy season falls in January s / d April and September s / d in December.
Drought fell in May s / d in August 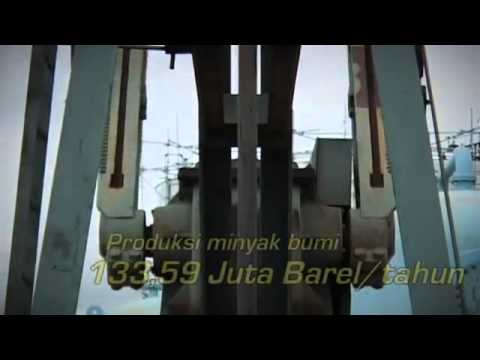